To whom it concerns,   I

To whom it concerns,

I used your app yesterday to record an interview being that I had used it to record previous skype test calls and so I assumed that it would work. It didn't. I had to make a conference call interview, however, the way it worked out one of the two people I interviewed called me and so began the recording. Thereafter I hopped onto a second call wherein both parties (so all three of us) were talking. That interview lasted 47 minutes. I found a file saved by your program that was 47 minutes, however, there is no sound on it I assume that because I switched over on calls that somehow that messed up the recording functionality, yet, at the same time, the program recorded a file of the exact length of the interview I conducted. I e-mailed you a similar question as I am really hoping that this may be solved.

Thank you very much. This interview is for my job so it is very important that I obtain the audio.

Hello, Thanks for reporting.

Hello,
Thanks for reporting. Please update, we fixed it in the latest version 4.17
Regards, 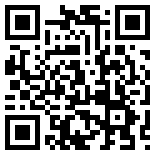